By admin on October 21, 2015Comments Off on Veena Sahajwalla among Australia’s top 100 women of influence

These prestigious annual awards are sponsored by the Australian Financial Review and Westpac. They were selected from 100 finalists and more than 500 entrants. The Australian Financial Review and Westpac 100 Women of Influence Awards is committed to increasing the visibility of women’s leadership in Australia, highlighting the important contribution women make in creating a bold and diverse future for Australia.

Professor Sahajwalla, Director of the Centre for Sustainable Materials Research and Technology at UNSW, was the winner of the innovation category. A materials scientist and Australian Laureate Fellow, Professor Sahajwalla is using previously unexplored high temperature reactions to transform some of the world’s most problematic waste materials into commercially viable products.

Professor Sahajwalla said she was thrilled to be recognised. “For me, what’s really important is that these awards draw out and showcase the diverse range of ideas that women have been developing across a number of disciplines, often as a result of some personal passion or motivation.

“It exemplifies the leadership of women in Australia, and opens your eyes to how much initiative is out there,” she says. “We need to tap into that initiative and use it to inspire the community at large to do more – both women and men.” 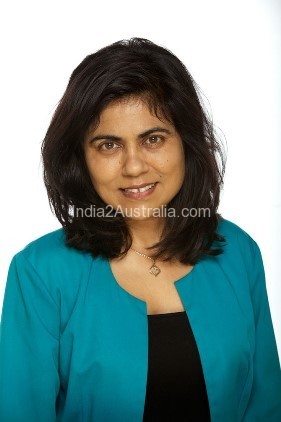 One example is her famous ‘green steel’ technology, which uses the carbon from discarded car and truck tyres to replace non-renewable coke in the steel-making process.

Now in commercial production around the world, the innovative technology has prevented more than two million waste rubber tyres from ending up in landfill – enough reaching the International Space Station if stacked on top of each other.

More recently, Professor Sahajwalla was named the leader of a new $8.8 million ARC green manufacturing research hub, which will connect academics with industry partners to develop new processes to re-route waste back into industrial production.

Veena Sahajwalla is an inventor and Scientia Professor of Materials Science in the Faculty of Science at UNSW Australia. She is the Director of the UNSW SM@RT Centre for Sustainable Materials Research and Technology and an Australian Research Council Laureate Fellow.

Sahajwalla is known internationally as the Inventor of ‘Green Steel’.

Sahajwalla’s research is recognised for changing the way the properties of carbon-bearing materials are understood, including coals, cokes, graphites, plastics and rubber. Sahajwalla’s work has had significant impact on the theory and practices that form the basis of operations of the Iron-making, Steel-making and Ceramics industries. Of particular importance is her demonstration that waste plastics and waste rubber can be partial replacements for coal and coke in steel-making.

Sahajwalla’s unique focus on the evolution of carbon properties in high-temperature conditions has not only advanced scientific understanding of materials processing, but has provided cost-effective opportunities for industries to move towards sustainable and environmentally friendly production methods.

In 2013, Sahajwalla was awarded the AIST Howe Memorial Lecture award.

In 2012, Sahajwalla won the Australian Innovation Challenge [8] in recognition of her revolutionary work turning recycled rubber tires into steel.

In 2011, Sahajwalla was awarded the Nokia Business Innovation Award, presented at the Telstra Business Women’s Awards

Veena Sahajwalla among Australia’s top 100 women of influence added by admin on October 21, 2015
View all posts by admin →