By admin on March 8, 2015Comments Off on WAGS of World Cup Cricket 2015 Indian Cricketers

After a long list of girlfriends, finally Virat Kohli looks like settling with his current girlfriend Anushka Sharma . Born on 1 May 1988 Anushka is an Indian actress and film producer, who appears in Bollywood films. She has received one Filmfare Award from four nominations. While pursuing a modelling career, Sharma was signed by the filmmaker Aditya Chopra for a three-film contract with Yash Raj Films and consequently made her acting debut in Chopra’s drama Rab Ne Bana Di Jodi .

Dhoni and Sakshi got married in a secret private ceremony on July 5, 2010. Sakshi is a native of Dehradun, Uttarakhand. At the time of their marriage, she was studying Hotel Management and was working as a trainee at the Taj Bengal, Kolkata. After the retirement of Sakshi’s father from tea gardens, their family shifted to their native place, Dehradun. On 6 February 2015, Sakshi and Dhoni have become parents of a baby girl named Ziba Dhoni.  Ziba means beauty in Persian language.

Ravinder Jadeja has been dating girlfriend Chetna Jha since 2011 .They were engaged on October 2013. Not much is known about Chetna Jha. Media is still in dark whether they are together or not.

Ajinkya Rahane married his girlfriend Radhika Dholvkar in Pune on 26th September, 2014. Ajinkya and Radhika studied at SV Joshi High School. Both are from Mulund. They were Childhood lovers. Ajinkya proposed to Radhika in 2007, which was readily accepted. Radhika Dhopavkar’s father Nandkumar Dhopavkar was in Merchant Navy but presently is head of operations at Aatithya Hospitality Pvt. Ltd. Radhika Rahane’s mother, Anuja Dhopavkar is Executive Director (Operations) of Aatithya Hospitality Pvt. Ltd (AHPL).

Sofia Hayat, British-Indian model and Bindass Superdude season 2 judge, was candid about her relationship with cricketer Rohit Sharma. Sofia says she has stopped dating Rohit and is “now looking for a gentleman. When rumours of his affair started making rounds, the cricketer tweeted a picture which said: ‘Guys please!!! Keep calm I am still single’

There was a talk that Suresh Raina is dating Poorna Patel, the daughter of Former Cabinet Minister Praful Patel. Later Sruthi Hasan came into picture.

But Raina tweeted, “Too many media reports which no one even tries to confirm. This is to clear once & for all. I’m not dating ANYONE.”

Finally the mystery is over for Raina. Raina will marry Priyanka Chaudhari after the Cricket World Cup 2015. 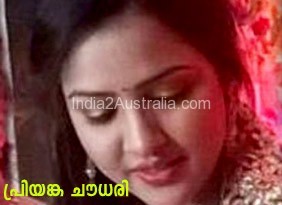 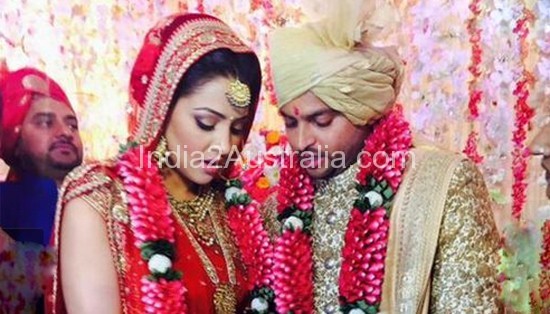 Mohammed Shami got married to his model girlfriend Hasin Jahan at a private ceremony in Moradabad on June 6, 2014. The 24-year-old Shami, who lives in Kolkata and plays Ranji Trophy for Bengal, met Hasin at an Indian Premier League event a couple of years ago Hasin Jahan is a graduate .Hasin Jahan’s father, Mohammed Hasan is having a transportation business in Kolkata and is a well known figure in the business circle of Kolkata.

On 16 April 2013, Umesh got engaged to Delhi-based fashion designer Tanya Wadhwa, and got married on29th May 2013. Umesh Yadav and Tanya Wadhwa first met in 2010, through a common friend, when Umesh started playing for the Delhi Daredevils. Tanya is a cricket fan.It wasn’t love at first sight. Umesh and Tania remained friends over the years. It was only after the 2012 IPL season that Tanya and Umesh Yadav’s friendship became deeper and they came closer to one another. Tanya Wadhwa is from Delhi.

Stuart Binny got married to Mayanti Langer in the year 2012. Mayanti Langer is an Indian TV sports journalist with ESPN. She has hosted many tournaments like Football Cafe on Zee Sports, 2010 FIFA World Cup broadcast on ESPN, 2010 Commonwealth Games, 2011 Cricket World Cup, First Indian Super League in 2014 and 2015 ICC Cricket World Cup. She is the daughter of Lt. General Sanjiv Langer who worked at the UN and Mrs. Preminda Langer, an award winning teacher.

Ambati Thirupathi Rayudu is married to Chennupalli Vidya and lives in Hyderabad.