Indian Taxi drivers in Australia – A Media Walk through

By admin on July 11, 2015Comments Off on Indian Taxi drivers in Australia – A Media Walk through

What is wrong with Indian Taxi drivers in Australia?

It was just curiosity that prompted me to search the word ‘ Indian taxi drivers in Australia’ in google. To be honest, there was more to that. A social media discussion about a big percentage of Punjabi drivers being accused of sexually abusing their passengers triggered my curiosity. Should we ensure that these criminals are dealt with the heavy hand of law or should we support our misguided brothers?

There are no correct answers or readymade solutions for the issue. Below I would like to quote a well-respected Indian (Without his/ her permission) from a Facebook conversation.

“The problem is young people do not receive correct guidance and sex education and when someone comes to a western country where individual freedom is huge the same young people get overwhelmed and cannot figure out how to handle themselves”.

If providing correct guidance and sex education can prevent such incidents repeating again and again that is the way forward. But who should be doing that? The Indian consulate, Australian Government or theNGO’s?

A scrutiny on the media reports and social media discussions about Indian Taxi drivers in Australia clearly shows that there are more good news than bad, reported. All is not bad and a few bad apples better be dealt with the heavy hands of law.

What the media says about Indian Taxi Drivers in Australia?

According to the census report, between 2006 and 2011, Australian-born taxi drivers declined by around 1,400, while Indian-born drivers increased by more than 4,000. South Australia and Victoria are home to more Indian-born cabbies ( News.com.au – November 24, 2013)

The last Indian taxi driver I had was useless! I asked him to drive to the domestic terminal at the airport. The useless chimp asks, “Which one sir?” I asked him, “which one what?” To which the chimp replies, “Which airport?” “WTF?? There’s only one airport in Adelaide with a domestic terminal! Go to the Adelaide airport!!”, I yelled. Then it took the chimp 5 minutes to find it on the GPS. After that I just got out and hailed another cab with an Australian driver. (http://www.topix.com/ – Forum)

One of Queensland’s taxi chief says passengers are more accepting of Indian-born cabbies and often prefer them, which is a U-turn from previous years when they were under fire for poor language skills and below-par service. 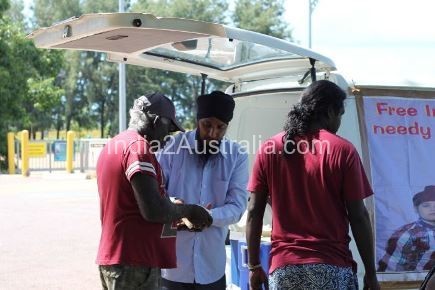 Tejinder Singh and his three family members save $1 each a day so they can spend the last Sunday of every month handing out kilos of rice and chickpeas from a van.( http://www.abc.net.au -31 Mar 2015,)

Melbourne: A 30-year-old Indian taxi driver has been sentenced to six years in prison in Australia for raping a drunk and vulnerable teenage schoolgirl who he had been asked to drop home.

County Court judge Wendy Wilmoth said Nitin Rana, who was found guilty by a jury of three counts of rape, had taken advantage of the 17-year-old girl when she was in such an intoxicated state that she could not sit up straight in the taxi or even fasten her seatbelt. (http://www.ndtv.com – December 06, 2013)

A taxi driver who molested a drunk passenger who was vomiting on the side of the road has been spared an immediate jail term. As a result of his crime, the 25-year-old Indian-born man has lost an arranged marriage, his job and his access to further student courses in Australia. (http://www.skynews.com.au/ – Thursday, 5 June 2014)

Indian origin driver Sukhwinder Singh, the first Uber driver to be prosecuted in Western Australia, was accused of using a vehicle as a taxi without authorisation and interfering with a surveillance unit in a taxi

And finally an announcement from Victoria Police 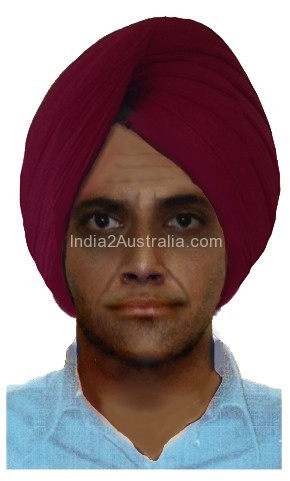 Police are investigating a report of an assault in Mordialloc in May. It’s believed that a woman caught a taxi from Chapel Street, Prahran to a residence in Warren Road, Mordialloc about 1.30am on 6 May.

Investigators have been told that shortly after the woman entered the house there was a knock at the door.

Upon opening the door, a man believed to be the taxi driver, made his way inside and pushed the woman.

She managed to run out of the house away from the man. It’s alleged the man then returned to the taxi and drove away. A report was made to police on 17 May and Kingston Crime Investigation Unit detectives are investigating the circumstances. Detectives have released an image of a man who they wish to speak with and may be able to assist with the investigation.

Investigators are appealing to anyone who may be able to identify the man or anyone who has any information about the assault to contact Crime Stoppers on 1800 333 000 or make a confidential report at www.crimestoppersvic.com.au

Indian Taxi drivers in Australia – A Media Walk through added by admin on July 11, 2015
View all posts by admin →

Casting Couch Syndrome and The Indian Community in…